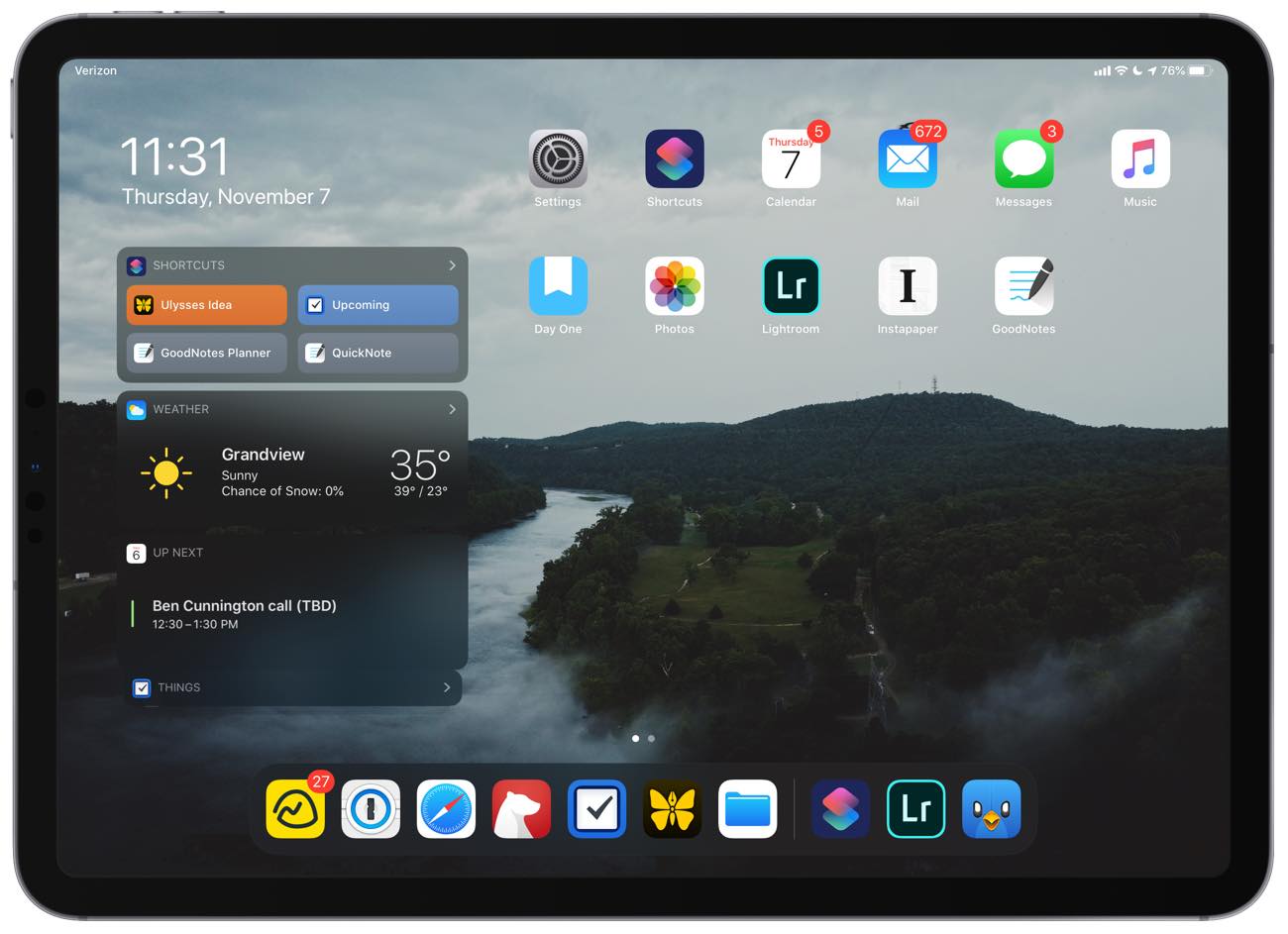 One of the best new features in iPadOS has been the addition of the Today View on the iPad Home Screen.

There are a few reasons I like it. For one, it just looks better than the plain grid of icons. But, more importantly, the Today View improves the functionality of the first Home Screen by turning the Home Screen into a home base rather than just a spring board.

I have especially love having the iOS Shortcuts Widget right there on the Home Screen, allowing me to have one-tap actions and automations at my fingertips.

If you find that you have too many shortcuts in your Home Screen Widget, it can be a bit overwhelming. You may realize you don’t need all those shortcuts to be right there all the time.

This is something that has bugged me for quite a while, and I’m embarrassed to admit that I just discovered the solution to it yesterday.

Fortunately, there is an easy — albeit somewhat hidden (at least, it was hidden to me) — way to edit and organize the shortcuts that are on your Home Screen Widget.

To edit and organize your Shortcuts Widget:

Tap the “Customize in Shortcuts” button and you’ll be taken to the Shortcuts app with a special settings window that is specifically for the Shortcuts Widget.

From here you can now rearrange the order of the Shortcuts that are displayed in the Home Screen Widget and you can quickly select the check marks for which Shortcuts you do and do not want to show up in the widget.