Yesterday, after putting my 3 boys to bed, I was walking upstairs and encountered a fight scene on pause… 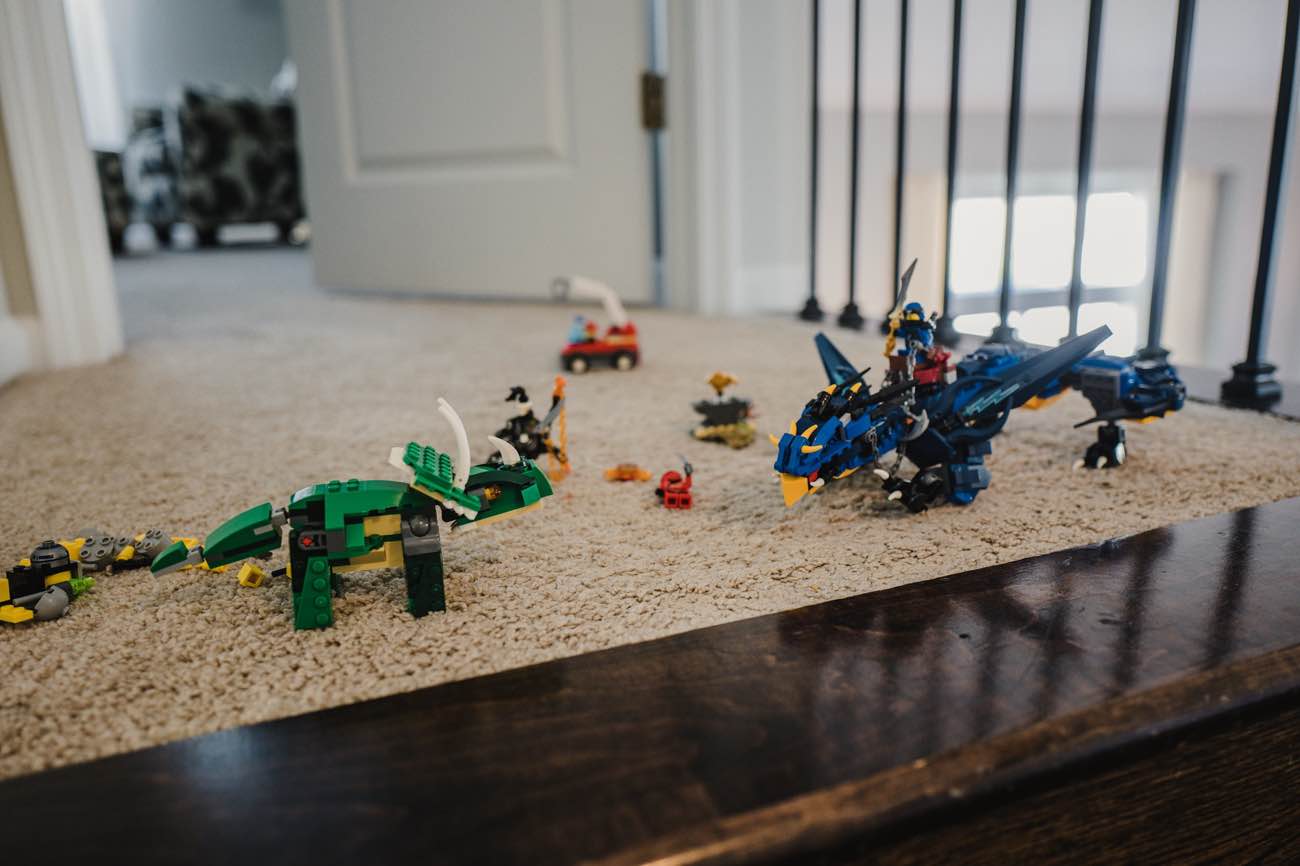 After dinner, all three boys had been at the top of the stairs playing together. My older two were having a battle with their dragon and triceratops LEGOs while my youngest was casually driving his little red fire truck around.

They had to stop playing LEGOs once it was time to get ready for bed, so they just up and left everything right where they were playing with it. And so, after the crazy-time bedtime routine, once everyone was asleep and I was walking up the stairs to my room, that’s when I encountered the fight scene which had been left there on the very top step.

I had to step up and over it all to avoid breaking anything.

And, to be candid, the left-out LEGOs totally frustrated me.

I was annoyed at my boys for leaving their toys out and forgetting to clean up before bed.

I was annoyed at myself for not noticing they had left their toys out and thus not reminding them — and “teaching” them — to clean up after themselves.

I honestly thought about “accidentally” stepping on the dragon and then telling my son it wasn’t my fault because he shouldn’t have left it there. (Let that be a lesson!)

I thought about what if there was an emergency in the middle of the night and I had to rush down the stairs but stepped on the dragon in the process and how bad that would hurt with bare feet and what if it even caused me to tumble forwards down the steps and break my wrist. Don’t my kids think about these things when they decide to leave their toys at the top of my stairs?

Yeah. So much drama for so little of a thing.

And so, as I picked up the dragon and the dino, and moved them over to the side near the wall, I considered the fact that in a few years from now I will miss these on-pause toy fight scenes.

One day, my boys will be grown and they will move out to live on their own. And my wife and I will finally live in a clean and quiet house. And we will miss the days, like this one, when toys were left on our steps and our boys were at home in the evenings to play and to laugh and fight about whose turn it is to brush their teeth first.

And so I try to remind myself in those moments of annoyance that the things which frustrate me now will one day be the things I will miss terribly and wish for again.